An initial observation one can make concerns the migration of water to the core of the material which can reach the steel reinforcements of concrete structures and oxidize them. Carbonation will degrade the concrete and will be responsible for exposing steel reinforcements. In both cases, the swelling of the steel due to rust will cause concrete splinters and weakening of the structure.

Other observations show the degradation of materials under the effect of cyclic freeze thaw actions in many regions of the world. Water in the capillaries swell and cause the material to burst, giving rise to a greater porosity. This new structure of the material will be able to absorb more water, as the porosity is greater, which in turn leads to greater damaging effects by freezing. Thus the flaking and the deterioration of stone or concrete by freezing is exponential over time.

In other cases, chlorides, associated with pollution particles, will degrade the surfaces of materials and make them brittle, friable, powdery and floury.

For more aesthetic considerations, it is advisable to provide protection in cases where, as with paving stones or slabs, the latter are likely to absorb a multitude of liquids (oil, soda, wine, coffee etc.) and dirt (grease, brake pad and tyre dust, exhaust particulates, etc.) that become embedded in the capillaries and pores. A lack of protection often makes it difficult to remove the entrenched grime.

Finally, mosses and lichens find their habitats in the damp irregularities of stones and concrete surfaces. Their proliferation also affects the aesthetics and durability of materials.

More effective than a surface film-forming coating, mineralizers penetrate material substrates by capillary action, where they crystallize lime and form silica in the capillary network and pores. Materials are thus waterproofed, consolidated and made more resistant to external attacks. 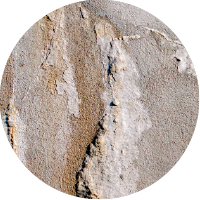 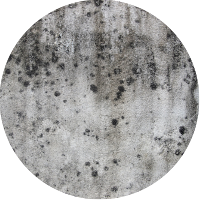 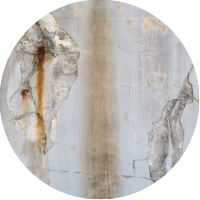 Unlike water repellent treatment based on organic products that will require renewal applications over time, the Hydro-Mineral mineralization reaction is definitive and final.

It is like cold liquid glass that penetrates the materials by capillary action; the mineralization treatment is permanent and carried out only once in the life of the material.

Allows the material to breathe, does not alter the skid resistance and consolidates the substrates ; Waterproofing and non-film forming.

Improve Ease of maintenance. Stops dirt and pollutants from settling, not sensitive to abrasion and cleaning products.

Does not release any decomposition products. Naturally absorbed into the structure of the materials. Resistant to UV and chemicals.

The reaction is permanent. Maintains a natural aspect, Increases the life expectancy of the materials.

The Mineralization leader for over 30 years, with numerous professional references.

New generation of mineralizers, a return to natural and sustainable protection. 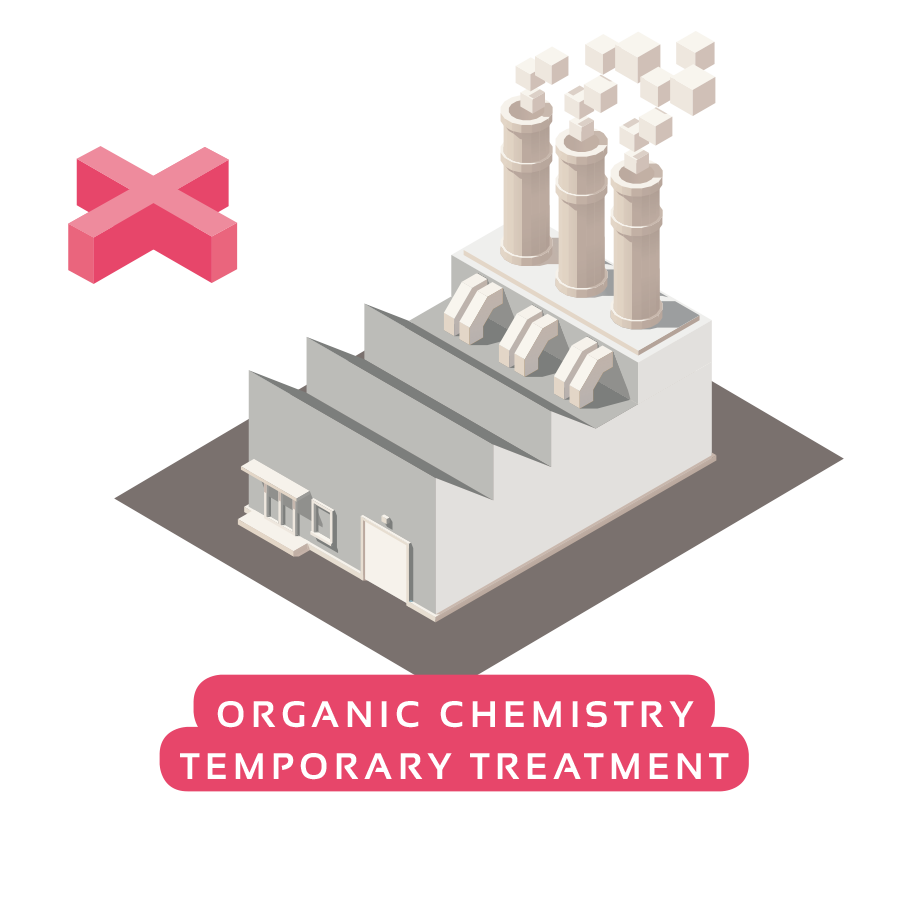 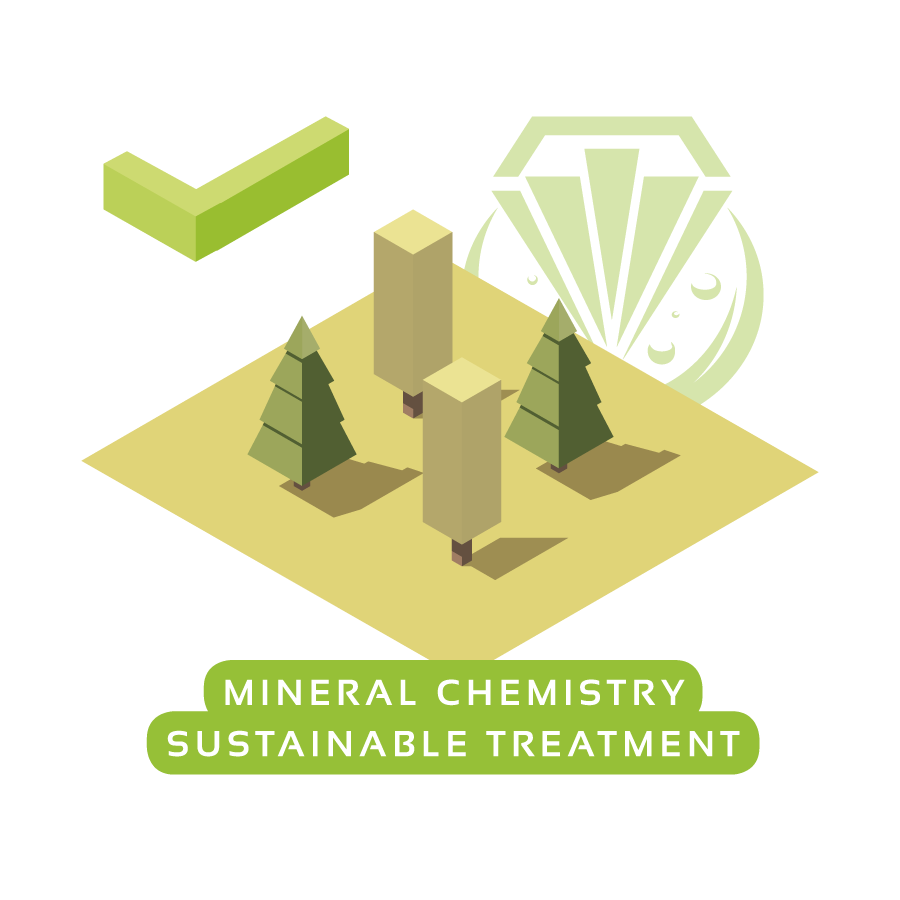 Hydro Mineral mineralizers penetrate the supports by capillarity, where they crystallize lime and form silica in the pores. The material is thus waterproofed, consolidated and more resistant to hostile aggressive influences (frost, abrasion, stains etc.).

Invisible to the naked eye, mineralization acts at the heart of the material, here is what we observe under a microscope: 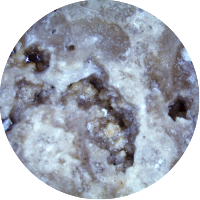 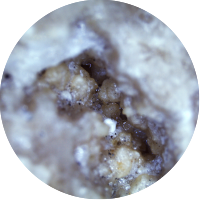 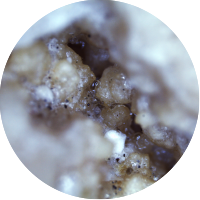 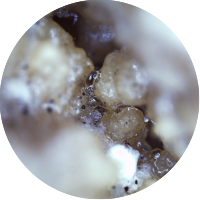 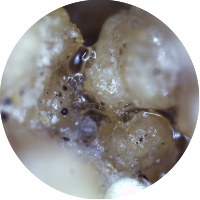 The silica that forms during mineralization at a hardness of 7 on the Mohs scale*1 is the equivalent of quartz.

They penetrate the materiel substrayes by capillarity action where they cause chemical reactions:

• The crystallization of free lime

• The formation of silica in the pores

Mineralizing increases the cohesion of materials.

It penetrates into the support according to its porosity up to an average depth of between 2 and 12 mm.

The Mineralisation forms plugs of silica inside the pores to prevent the penetration of liquid and dirt in the heart of materials.

The material retains its breathable properties. 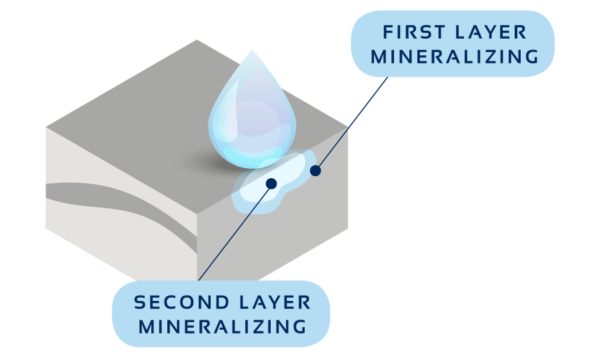 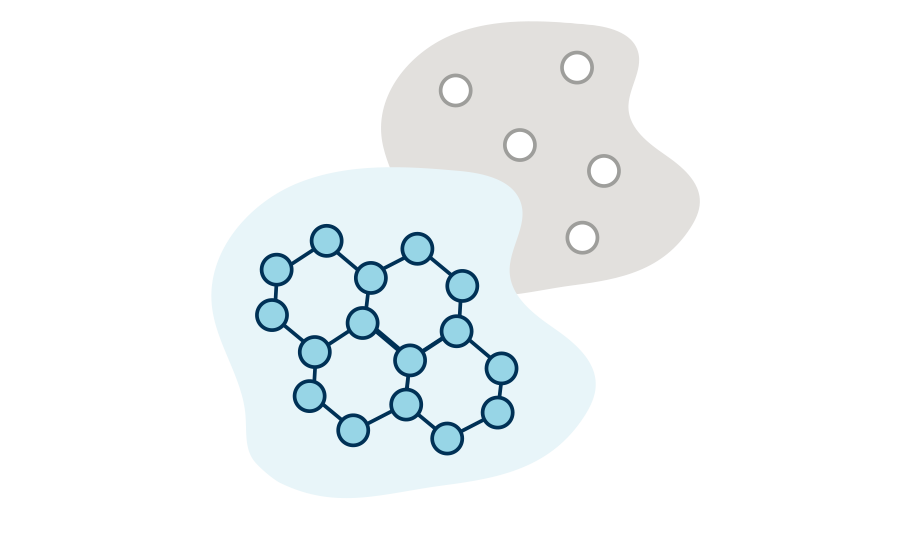 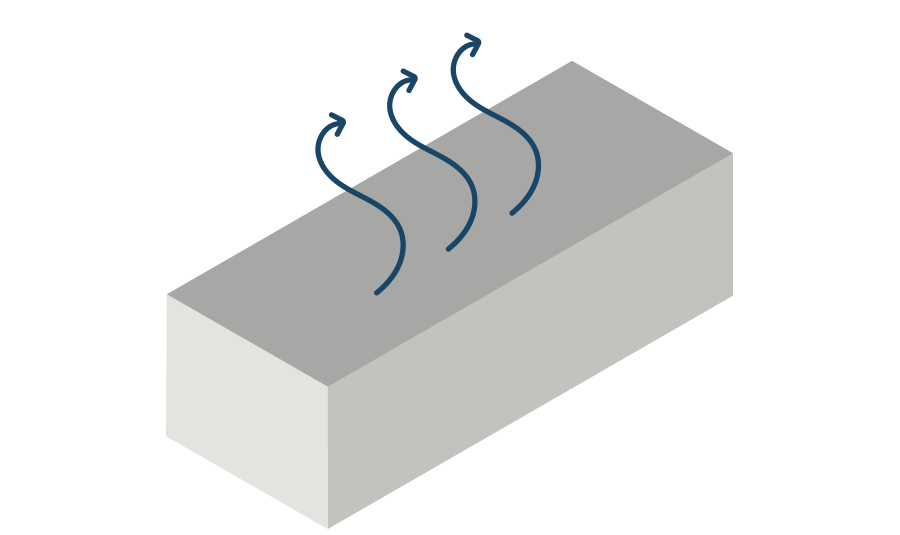 FIELDS OF APPLICATION
Go to Top